Social media exchange allows for researchers and professionals to exchange ideas. Climate adaptation is no exception to this rule. By allowing for thinkers to discuss their ideas online with one another, much more information can be shared and information downloaded. Followings and networks can be established and allow for a true proliferation of ideas. This is why Climate Adaptation Social Media Exchange is so important.

“Why may governments feel the need to place a carbon tax on consumer goods?”

Carbon taxes are usually thought of as being an action reserved for large corporations. However, pushing societal behaviors on citizens may be necessary. To accomplish this, governments can leverage Carbon Taxes on Consumer Goods to make their people more conscious of their purchases and drive lower-carbon behavior.

“Why will numerous housing units be left vacant in the wake of climate migration?”

The advent of climate change will be making more places uninhabitable, either physically or fiscally. This will lead to many people abandoning their homes to seek shelter elsewhere. This is Why Many Housing Units Will Be Left Vacant In the Wake of Climate Migration.

“How will the impact of increased flood risk on insurance further perpetuate segregation?”

In the middle of the 20th century, the U.S government forbade residents of certain neighborhoods (Specifically ones that Black Folk were forced to live in) to apply for a home mortgage. While this was later declared constitutionally illegal, the confluence of climate change and the private insurance markets may bring it back in an insidious new form. When updated floodmaps predict that new neighborhoods will become unsaveable, they may deny homeowners in those regions from receiving insurance coverage. This will turn the homes in this area into stranded assets that will be extremely difficult to sell and pose extreme financial liability. This new phenomena of Bluelining will only serve as a compounding factor for people living in flood-prone regions, which are already disproportionately made up of lower systemic caste communities. Flood risk prediction and insurance designers will need to take into consideration how their work will possibly harm the same people they should be seeking to serve.

Sea level rise is defined as a climatically induced change of sea levels that can lead to flooding in high-risk areas. This change is caused by several different factors. The two main factors that will be highlighted in this article are climate change and land proximity to a body of water. Climate change causes an increase in sea level due to the retention of heat by carbon dioxide in the Earth’s atmosphere. The changes that happened during the 20th century led to a sea-level increase of 0.17±0.05m, according to observations made by the Intergovernmental Panel on Climate Change [1]. If this continues by 2100, the sea level is estimated to rise between 2 to 3.4 meters. These effects can already be seen, from changes in polar regions to the increase in floods. The aspect of floods is something that is very concerning for islands and peninsulas since these geographical regions do not have much of a “buffer” against any drastic flooding or change in land borders as a result of flooding.

This issue concerns Greece and California, two places distant in location but similar in climate. However, there are several main issues that affect both of these diverse regions. The first issue is that of population displacement. This is related to the coastal development and landscape of those regions. In numerous parts of Greece, communities have found ways to thrive off the coastal regions, including tourism. The beaches that we value as part of Greece’s natural beauty are at risk of being lost, leading to a socioeconomic deficit, displacement of families and businesses who have relied on the economic benefits of tourism, and the depletion of wildlife. However, this issue can lead to something with more sinister impacts for California and Greece is gentrification. Gentrification is the systematic removal of a certain population from an area due to economic and/or climate change. Historic communities are facing removal and displacement because of the respective value of land based on its geographical position. Families are fleeing these neighborhoods to move to areas of higher elevation and less flood risk. [2] Communities that have been established within a geographical area and that have brought cultural diversity, tourism, and economic attention, as well as, are facing separation. Therefore, it is in turn, much needed that we ensure that we are preserving these high-risk areas via active intervention with both policy and infrastructure change.

Due to these aforementioned disadvantages, sea-level rise is also a large risk in property investments. In the United States, there is a specific way to prevent flood-related disasters from being unrecoverable. This is due to the national program called the National Flood Insurance Program. This program was created in 1968 by Congress to help with the cost of damage created by floods. [3] However, this process still has systematic flaws, since the claims process and the process for applying for this type of insurance are time-consuming and inefficient. In addition, flood insurance is not part of a default homeowners policy, meaning that many people have to go out of their way to apply for flood insurance. Furthermore, some homes are not required to purchase flood insurance since they were built before it was mandatory to do so. However, this age and lack of floodproofing design makes them more vulnerable. The main issue with this federally implemented flood insurance is that it formulates itself as separate from all other buildings and prevents the development of personal flood insurance plans. Instead, the U.S Government should focus on creating a program that is integrated into normal home insurance policies. This type of insurance is something that has prevented the development of personal flood insurance plans in the United States. In Europe, particularly Greece, a federal flood insurance program does not exist. Instead, most flood insurance (<=50%) exists under the private market, meaning that more development based on local resources and regulations can occur. [4] Therefore, Greece is different from California in this aspect in the sense that poorer flood insurance coverage is offered in California and in the United States in general.

Based on the evidence gathered throughout these research studies and observation of these climate-related issues, there are several methods and measures that can be taken to aid California and Greece. Three strategies that are outlined within the article “A Guide to Sea Level Rise and Housing Adaptation in California” are Protect, Accommodate, and Retreat, respectfully. [5] Protecting an area is the first step to preventing devastation due to Sea Level rise. We can change the infrastructure surrounding these areas with structures called seawalls, which can redirect and prevent floodwaters from causing damage to these regions. Secondly, the next technique that can be used is to accommodate. This means that cities and other geographical regions can change and accommodate their land use based on the patterns of sea-level rise and flooding. There are numerous techniques currently implemented in Europe for these issues, such as the phenomenon of “Living with Rivers”. This design principle incorporates rising sea levels or changes in bodies of water to existing infrastructure, rather than fighting against such changes [6]. I feel that this is something that can be incorporated in both the cases of California and Greece, along with better policies to protect infrastructure and homes that are in a preexisting area. Finally, the third strategy for rising sea levels is to retreat. This often comes in the form of managed retreat, which is actively moving at-risk communities or infrastructure away form the rising shoreline. While this strategy is used as a last resort, it still requires careful calculation and planning to ensure that effective rebuilding of these cities and towns can take place afterward on this new land. However, one con to this approach is the displacement of native communities and infrastructure.

In conclusion, sea level rise is something that can affect multiple facets of a community. Not only does this affect the socio-economic landscape of a region, but the environmental cost at stake amplifies this prominent issue. Through the use of modeling and predictive technology, we are able to determine an effective solution for a given geographic region. Coastal land use may differ slightly based on geographic region, but these principles can still be applied to both California and Greece. Firstly, what needs to be addressed for any of these regions is that of an effective policy concerning flood insurance and planning. Without proper insurance for our pre-existing buildings and structures, there is no way that we can properly address and take care of what is already constructed. Therefore, we need to revise Flood Insurance Policies to be more encompassing of older buildings without a federal program. We also need to place emphasis on different solutions such as Protection and Accommodation. These solutions can revise existing infrastructure without separating communities, unlike retreat, which is something that we should avoid and use only as a last resort. 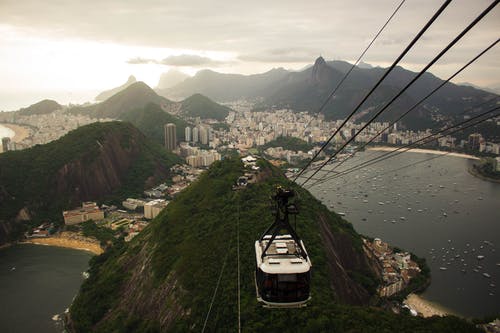 “How can cities across the world partner up for climate adaptation work?”

Cities can be in completely different parts of the globe but have very similar climates and climate adaptation risks. These places can build climate adaptation capacity together more strongly if they were to work together and form Inter-City Climate Adaptation Partnerships. Whether it be between Dhaka and Rio, San Francisco and Sydney, or New York and London, great potential lies ahead. 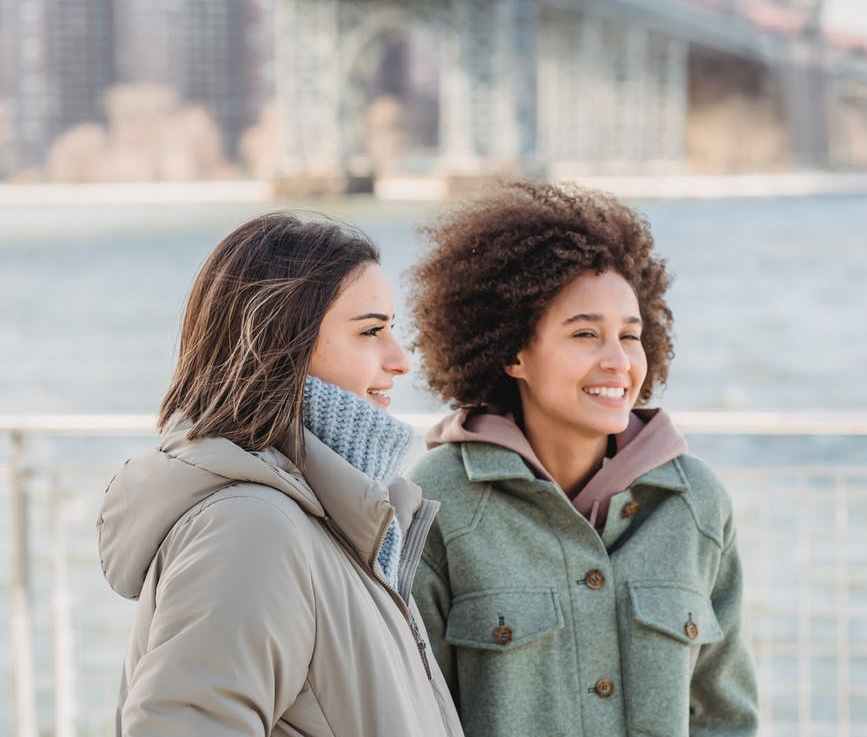 Why COVID Can Be an Opportunity to Reimagine Our Cities

“How can COVID be an opportunity to reimagine our cities?”

Before COVID, many cities were designed to thrust people from their homes in the outer reaches to their workplaces in the center. But with the advent of the global pandemic, many began to understand the importance of local connection and having activities near their place of residence. Empty office spaces can be turned into government-subsidized housing. We can work to add more greenery, bring justice to systematically-excluded communities, and make our cities more people-focused. This is Why COVID Can Be an Opportunity to Reimagine Our Cities.

Why More Equitable Healthcare is a Climate Adaptation Measure

“Why is more equitable healthcare a must for climate adaptation?”

The advent of climate change is exacerbating existing health problems across the world. To make sure that people will not go bankrupt or face major issues working out payments for care, enforcing more equitable healthcare is a must. This way, people will be kept alive and be able to use their time, money, and energy on other things. This is Why More Equitable Healthcare is a Climate Adaptation Measure.

Many climates have a specific pollen season in which allergies flare-up. Climate change may cause this time period to extend, making this time period much worse. This is Why Climate Change Could Make Allergy Season Worse.