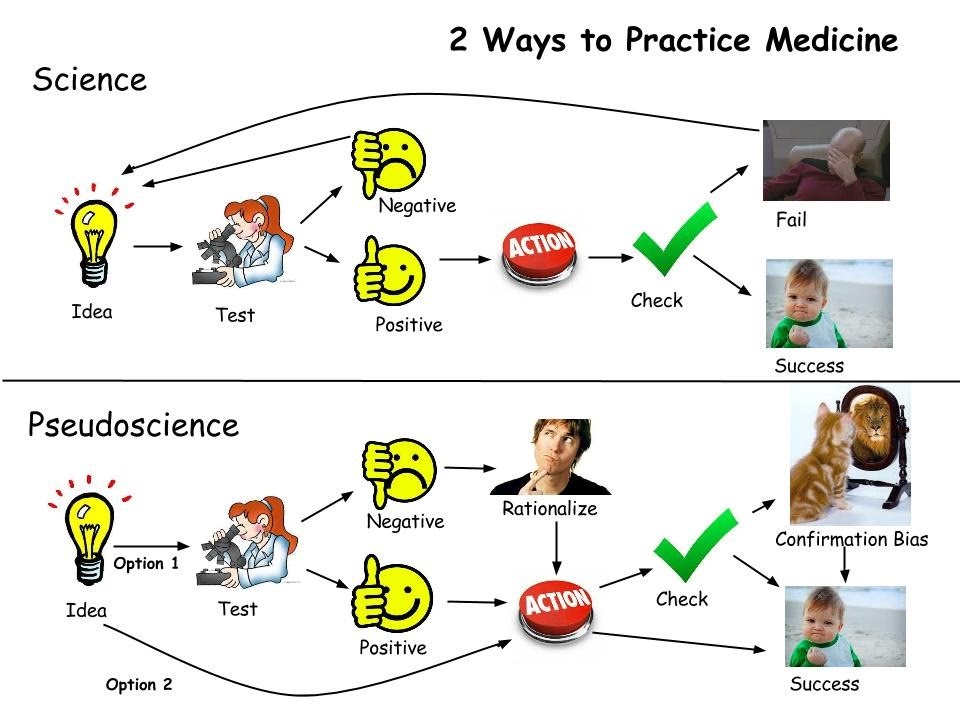 “How can we identify pseudoscience in health marketing?”

People become sick from time to time. And when people become sick with an unknown illness, they often become desperate for anything that sounds like a cure. And as such, malignant individuals will try to take advantage of people’s confusion and lack of knowledge. So to save your health, time, and money, here are some warning signs for pseudoscience in health marketing

Many pseudoscientific health products try to justify their existence with the claim of being “natural”. (Senapathy, Kavin 2017) Supposedly, being composed of natural ingredients means that this product is safe and healthy for use and works better than the “artificial” industrial alternatives. However, just because something is natural or comes from a plant does not mean that it has any useful qualities. Uranium and parasitic fungi are natural but don’t offer anything good for us

Since pseudoscience marketers are often unable to explain their products using modern scientific theories, they will often retort that their material is based on “ancient” or “forgotten” knowledge/wisdom (Ernst, Edzard 2013). However, previous generation’s knowledge of the natural and social world was often flawed (see geocentric universe, flat earth, and racial “science”) and are not a substitute for the fruits of current empirical endeavors.

Testability of a hypothesis is one of the most important aspects of the scientific method. (Thompson, Bruce 1997) If something can not be tested, then it can not be accepted as a scientific phenomenon and must be avoided until such procedures are possible

Since pseudoscience plays on the fears of ordinary people, vendors will often make bold claims about the healing powers of their product. However, such claims are usually unfounded, and if one logically thinks about it, if these items were so useful wouldn’t they be selling like hot cakes? For more info, look up “too good to be true” (Gauch, Hugh G. 2003)

When pressed to explain their lack of widespread success, alternative health marketers will often retort that there is a “conspiracy” to keep them down. These are usually a desperate attempt to rationalize their product’s niche nature, and never based on reality. (Gauch, Hugh G. 2003) 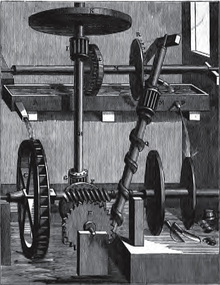 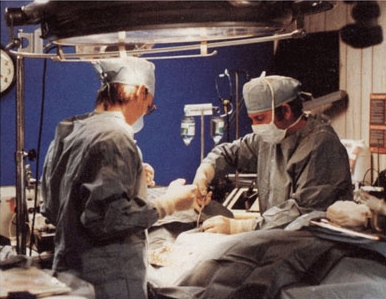 We are now approaching one of the most controversial and (in)famous fields of science, Cryonics. To put it simply, Cryonics is the attempt to put organisms who have (currently) insoluble medical predicaments in an impassive state under low temperature conditions. The paramount theory behind the practice is that because many biological processes are quite literally “frozen in time” from low temperatures, combined with the fact, long term memory, personality, and identity are preserved in hardened cell structures in the brain, patients may be retrieved from cryopreservation at a later date when medical technology has advanced far enough to rescue them.

Many of the contentions that plague the success of Cryonics are quite grisly in nature. Cryonic preservation is usually achieved at around 77.15 degrees Kelvin (around the boiling point of liquid Nitrogen). Damage from ice formation at such levels can be potentially lethal. All and all, in my view, Cryonics is an outgrowth of one of the most primordial facets of human desires, the attempt to evade impending death.

Hello. My name is Isaac Gendler. I've recently graduated with a degree in Mechanical Engineering and am looking to build my skills in the resilience sector. I use this blog to educate the world about critical infrastructure in addition to solidifying my own understanding of the subject. So sit back, relax, and enjoy. If you are interested in using my knowledge and skillset to your services, don't hesitate to contact me. I am always happy to act as a consultant to any project.
Join 317 other followers
My Tweets