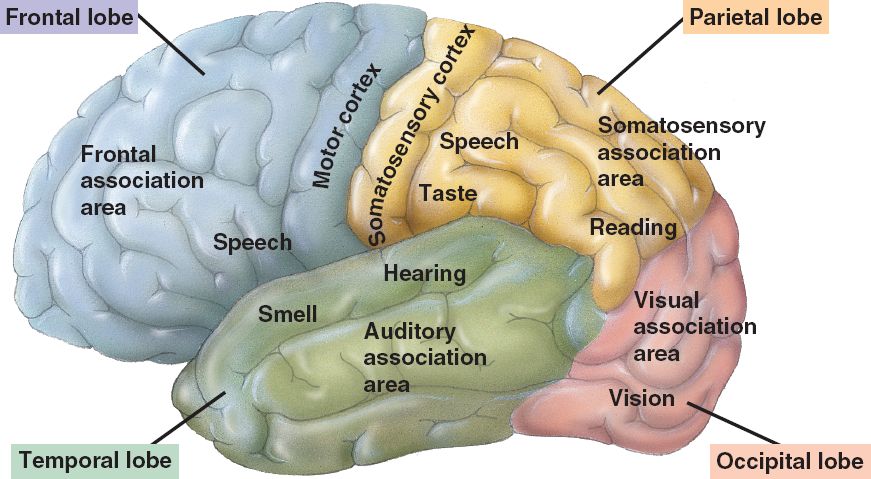 The cerebral cortex is by far the most important area of the human brain, granting it the capability for advanced reasoning skills, personal identity, and essentially what makes us human. The cerebral cortex occupies the covering surface of the brain. Because the human brain is so powerful, it takes up a larger than average percentage of our brain then average. Having a large head could have made childbirth problematic, but luckily evolution is an ever-so foresightful force, so it decided to pack the cerebral cortex into fissures that are found all over the surface. If you were to unfold the cerebral cortex, it would be as pig as full pizza! To streamline cognition, the cerebral cortex is divided into two hemispheres, the left and right hemispheres. Serious note: Contradictory to popular opinion, this brain divide has no influence on personality, having a preference for a certain part of the brain does not result in being more “creative” or more “logical”, such an idea is merely pseudoscience.