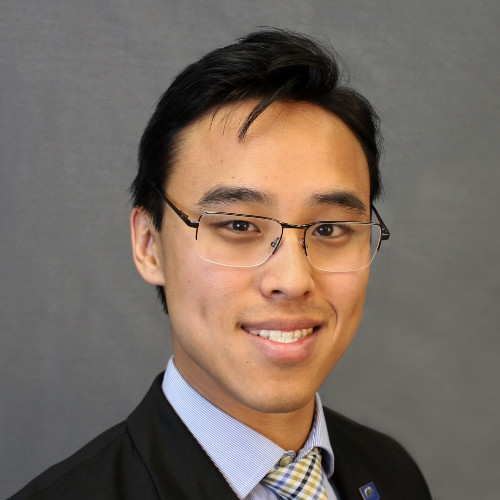 We here at Isaac’s Science Blog are proud to be hosting our very first interview! Today we will be speaking with Steven Patrick Chan, a Project Engineer at New Energy Equity and recent graduate from UC Berkeley with a B.S in Engineering Physics. Come in and learn what it’s like to start a career in solar.

I came into Berkeley as a physics major initially. I myself am a curiosity-driven person, want to know about the world. [During college] I came to realize that climate change is a really huge problem, if we don’t have a climate to live in then we won’t have anything! So I started to change my focus, transitioned from semiconductors to solar. [I wanted to work on] developing the best solar technology. But then, what I realized the real bottleneck is not technology but policy/business models. We have the technology,  but we don’t have the policy. In fact, if we were to completely stop R&D and simply focus on implementation, then we could effectively solve global warming! So that’s where I am.

I work for a company called New Energy Equity. We are a 5-year old startup in Annapolis Maryland, and we do commercial solar development/financing. We are primarily a developer, kind o like a real-estate developer who builds out new houses and hotels, but for commercial solar. What we do is work at the Commercial and Industrial (C&I) scale. It’s kind of between small-scale residential and large scale utilities. We focus on from 100’s of kW to 5 MW or so. For a sense of scale, a 5 MW would be five (American) football fields.

Our advantage over other companies for our scale is our financing. The necessary capital [for projects of this scale] can go into the millions of dollars, but our founder comes from a banking background and has a lot of connections. He knows finance people and is even a finance person himself [having a degree in the field]. The founders of our company also put up their own capital and have a sold reputation [in finance].

I really like the fact that I get to work in a different state than California. There are already a lot of people like me back home while here I feel like there is not enough.

Actually, I got this job through a grid alternatives job fair. After I graduated, I was looking for a job that could contribute to fighting climate change. I was so lucky. I came to an event called Solar Power International in Anaheim. Brought a resume, my strategy, my pitch, and met them. Explained to them about how I was extremely passionate and qualified and offered me the job pretty quickly. They needed an engineer pretty badly.

To start off, I would say that the people are awesome. [Everyone] is fighting pretty hard to prevent catastrophe. Other side benefits. People who come into this industry are selfless and ethical. There’s also a lot of talent in this space. It’s slow-moving, but a lot of people who were in tech are switching into this space. I think its the grand challenge of climate change that really is diving a lot of super high achieving people to enter this space.

People think of this as fighting for our lives. I also think that its a financing opportunity, billions of dollars and jobs to be created! Once the older generation dies off/wakes up then real change can happen.

5. Least favorite things about this space or would like to see improved?

The thing I would like to see more improved to see solar companies put themselves in the political forefront (lobbying). Sunpower has done so, but more need to do so.

I lobbied last week. There was a bill that would open up the solar market in Maryland (where there is currently none). I went to the Maryland Congressional Hearing and explained why solar would be a really great opportunity. [The problem is] the biggest lobbyists are oil and gas companies. They can completely buy out politicians. There just needs to be bolder solar lobbying.

Frustrating. It’s hard. You kind of get dismissed as a young person.[A lot of the politicians] are only listening and looking for people their age. To a certain extent I can’t blame them. I don’t know if they really ever listened to me. I’m doing it because I’m going to do it. It doesn’t feel great, didn’t feel as if I did as good as a job as I could have.

7. What should someone do to work in this space?

I would say, do your homework, subscribe to podcasts, learn the industry. The way you get a job is through networking and relationships. At the end of the day, you may have to submit a resume to a website, but keep in mind that most people get jobs through personal connections.

Start talking to people in general, specifically about the industry. Take a potential employer. Take this for example. Let’s say you talk to someone who works at Sunpower. Sunpower recently bought Solar work, which increases its manufacturing capabilities. Combining this with the recent tariffs, you can ask how this changes the solar industry. It’s much better than simply saying “what do you do?” to a potential employer.

8. New sites/podcasts you listen to?

Podcasts: 3 Green tech media podcasts (Energy Gang, the Interchange, and Political Climate). The latter is hosted by a moderator who brings in a high-ranking Democrat and Republican and argue over their political sides. It’s great coming from California where I all I hear is Democrats [who tend to think closer to me] and I finally get to hear the other side. I’ve learned so much from the Republican that I would never think of.  For example, the Republican will often say that to get people in his party to install solar, such as don’t have to agree on the source of the problem [climate change] and suggest things that agree to them (superior economics, energy independence).

9. What do you think the energy mix of the future should be?

As much renewables as possible. Not 100% renewables through. There should also be some nuclear (if it can prove itself). I think that CCS will have space (it might even be a necessity).

10. Your opinion of the Green New Deal?

I think it’s amazing. I have to say what it’s meant for. I think what the Green New Deal is right now has a lot of flaws, but it is a national conversation, a platform. Every presidential candidate will have to answer “do you support the green new deal?”

I see myself staying at this company for a while (5 years sounds reasonable). This company is expanding. I’m also considering higher-education, I initially thought that [earlier in my schooling], but I see the industry as actually putting boots on the ground. I’m also considering starting my own company, but not until I have very stable finances (enough to pay my own rent and other necessities).

So there you have it. Thank you to Steven Patrick Chan for being such a wonderful interview, and wish you the best of luck with your mission! For anyone wishing to connect with Steven, his LinkedIn can be found here.