“Can we make meat without killing animals?”

For all of biological history, eating meat involved taking an organism’s life. But this may change drastically with the advent of Lab-Grown Meat. Lab-grown meat is made by taking a cell from an animal, placing it in a Petri dish, and letting the cells grow and multiply. Although the process of obtaining the cells may involve slaughter, much more meat can be produced from a single animal! Lab-grown mate is exponentially decreasing in cost and may soon serve as an environmentally friendly alternative to old-fashioned meat. 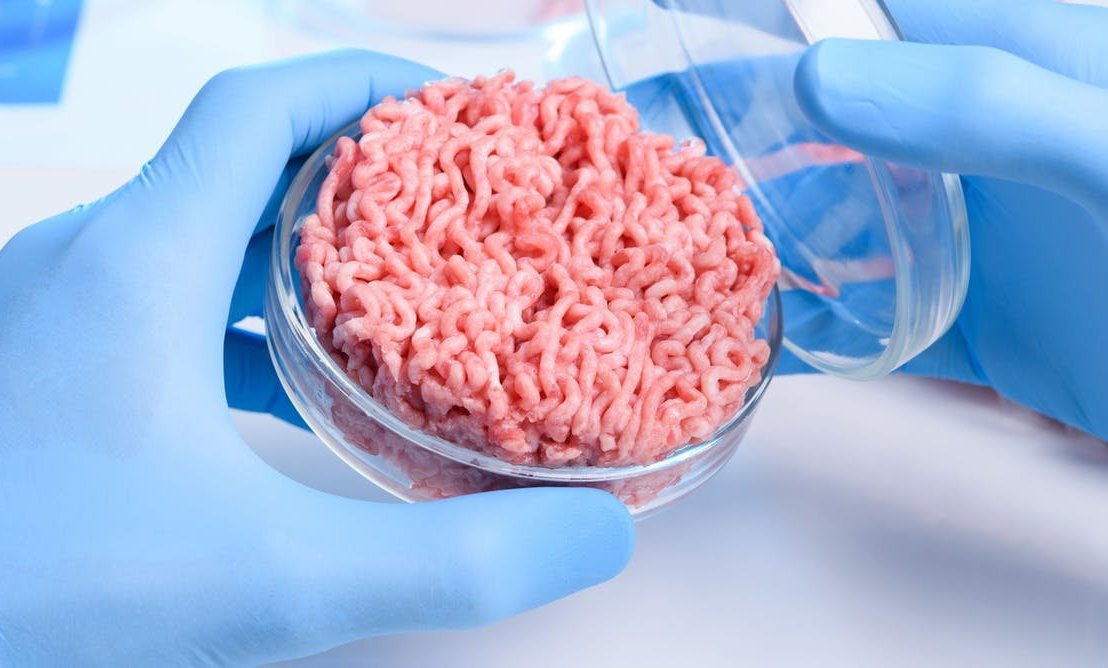 “How can lab-grown meat be good for the environment?”

This Thanksgiving, American families all around the world are spending time with their dear friends and families and give thanks to all of the good things that have come. And a core part of this celebration (usually) involves cooking a Turkey. However, all of this meat consumption drives up carbon emissions immensely. But is there a way where can circumvent this without having to give up meat?

Well, this can actually happen with the proliferation of Lab-Grown Meat. Since this artificial meat did not require an animal to be raised for production, it is able to avert countless tons of emissions associated with production. As a result, Lab-Grown Meat Can Fight Climate Change. So in the near future, you might be able to have your meat and eat it too!

“How can we produce hydrogen from fermentation?”

Hydrogen is usually extracted via mechanical means. But there is also a biological alternative. It turns out that microbial matter can break down organic matter such as sugars or raw biomass. Through this method we can obtain Hydrogen Production from Fermentation. This is also commonly known as dark fermentation since no light is required.

“Why do tongues work?”

One of the most fascinating facets of the human body is the tongue. Its ability to move food around in one’s mouth without any bone structure is quite marvelous. However, how exactly can it do this? Well, let’s use our scientific mindsets to find out. If we analyze our tongues further, we should see that these appendages are in fact in fact constructed of muscular material. Because of this, they have an inherent flexibility where any region of the tongue can lengthen, shorten, twist, or bend at any time, allowing for a wide arrange of movement. These Muscular Hydrostats can be found in many other animals, such as the tentacles of octopi and the Trunks of elephants. Because of their diverse applications in the animal world, engineers are researching how to implement similar materials into robotics systems

“How can we empirically analyze environmental quality?”

One of the most important tasks that an environmental engineer or scientist must do is analyze the health and quality of the surrounding environment. However, often times qualitative methods such as visual observation do not work. So how can the necessary quantitative information be obtained? Well, what if we were to simply take samples of the environment, whether it be the soil or air, and then place it into a lab for physical, chemical, and even biological analysis? Well, this process is known as Environmental Monitoring and has resulted in some of the most important discoveries, such as climate change and soil degradation.

“What is a Tissue Microarray?”

Tissue microarray is a recently-implemented pathological tool that provides high-throughput, multiplex analysis of different tissues and cells at the same time on a single histological slide. A single microarray actually consists of tissue samples that have been extracted from different paraffin donor blocks and re-introduced into a single paraffin block, at different array points.

This way, over a thousand tissue core samples can be analyzed simultaneously and cellular components such as DNA, RNA and proteins can be analyzed under similar standardized conditions, using the same diagnostic reagents on a single histological slide.
This technology facilitates the study of large sets of formalin-fixed, paraffin-embedded tissues both in prospective and retrospective sense.
What is so great about this technique is that it allows for maximal preservation and use of limited tissue resources. It provides a way to work around the rigid guidelines that back up the obtaining of human tissue. This way, scarce resources are used effectively.
Tissue microarray is commonly employed in immunohistochemistry, oncology analysis, and fluorescent in-situ hybridization.
History

One of the previous forms of tissue microarray was the multi-tumor “sausage” tissue block developed by Dr. Hector Battifora in 1986. The block consisted of a number of tissue samples thrown for the analysis of a single protein. Wan et al made an improvement to this technique in 1990: they used a 16-gauge needle to manually remove cores from tissues blocks and arranged them in a multi-tissue straw in a way they could identify the organ origin of the blocks. This was named accordingly as the “checkerboard tissue block”.

The final changes that made tissue microarray what it is today were made by J. Kononen and his collaborators in 1998.They developed a regular sample size by using a 4mm skin biopsy punch to remove a core from its donor block and recognize its position before transferring to the recipient block. This was how the more precise sampling technique of tissue microarray was born.

The sampling technique in tissue microarray usually involves a hollow needle used to remove tissue cores as small as 0.6 mm in diameter from different organ regions of
interest. These tissue cores are then inserted into a recipient paraffin block in a precisely spaced, array pattern. This recipient block can then be cut into 5μm sections using a microtome. These sections are then mounted independently on microscopic  slides and are subjected to histological analysis. A single microarray block can be cut up into sections ranging from 100-500 in number, depending on the thickness of the block.

A variation in this procedure is seen in frozen tissue array in which up to 50 different sample cores, 2mm in diameter, of fresh frozen tissue are arrayed in a recipient block. The block is cut up in sections by a cryostat and then it follows the normal procedure of being mounted on a microscopic block and subjected to standard tissue analysis.

Tissue microarray has been recently implemented in the analysis of molecular markers in oncology research. It has been instrumental in tumor staging and in identifying new diagnostic and prognostic markers and targets in various human
cancers. It has a range of potential applications in basic research, prognostic oncology, and drug discovery. This technology has the potential to significantly accelerate cancer research.

“What do we term the activator of a disease?”
Disease is one of the most important studies in Biology. And diseases are caused when a vector carries the disease with it. However, what exactly do we term the activator that is carried? Well, after much debate, Biologists have settled with the definition of a pathogen to describe such organisms. Viruses, bacteria, protozoa, prions, and fungus are commonly pathogens, as well as other micro-organisms

What can walking can do for you?

“So what can walking do for you?”